According to Harold L. Peterson in his book 'American Knives', the pocket knife has existed since Roman times. Large, folding, single blade 'Jack Knives' were carried by soldiers during the American revolution. Many different designs became popular during the nineteenth century which contained more specialised blades. These knives included, Stockman's; Veterenarian's; Fisherman's; Pruning; Budding; Grafting; and Electrician's. As well as a general purpose blade, other blades may have included, a corkscrew, saw, awl, screwdriver, scissors, file, bottle opener, can opener etc.

In 1862, the largest Sheffield knife manufacturer of the time was George Wostenholme and Son Ltd. As described in Pawson and Brailsford's 'Illustrated Guide to Sheffield', the factories occupied an area in excess of one acre with more than 800 employees. George Wostenholme and Son Ltd catered largely to the American export market, and the factory was named 'Washington Works'. 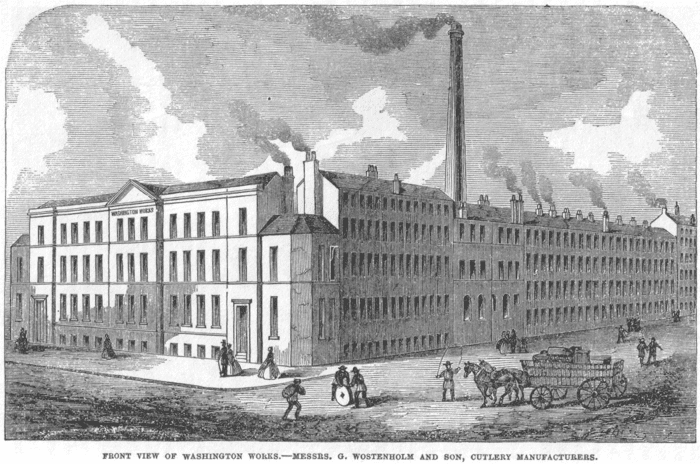 Many pocket knife blades are now redundant due to advances in technology and lifestyle changes. Historically, the penknife was a small knife used for trimming quill pens, before the invention of the steel pen. Veterenarians' knives with fleams for blood letting and farriers knives with hoof-picks and hoof files are also consigned to history. Corkscrews are not needed because of screw-top wine bottles, neither are can openers, as tinned food cans now have ring-pulls. 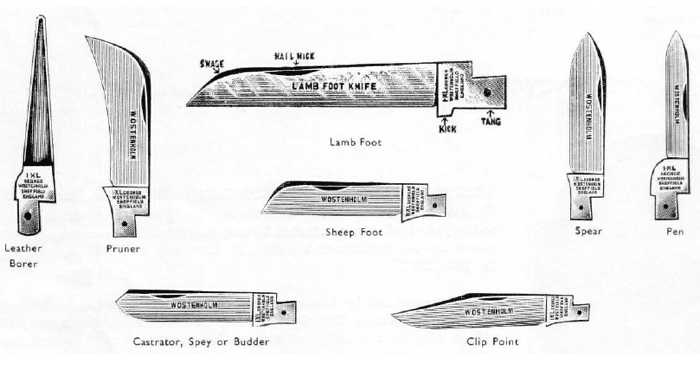